Get our Moving Home Guide

Moving Home is our practical guide to buying or selling your home, complete with conveyancing timelines, steps to applying for loans or mortgages, a comprehensive moving checklist, and expert advice and other helpful information to make sure the whole process goes smoothly.

One of the most significant changes to New Zealand’s insurance market is underway and is potentially going to have a dramatic impact on every home owner in New Zealand.

A new approach to property insurance

Insurers who have adopted the new sum insured model are now advising each of their existing customers of the sum insured that they believe is appropriate for each home owner.  This figure is calculated based on databases of information held by that insurer or obtained externally.

Once the new sum insured policy is in force, the sum insured will then be the maximum sum that an insurer is obliged to pay the homeowner in the event of total loss.  If the sum insured is inadequate to rebuild the property, the house owner will have the option of either building a smaller property within the funds available, or to fund the shortfall from their own resources. 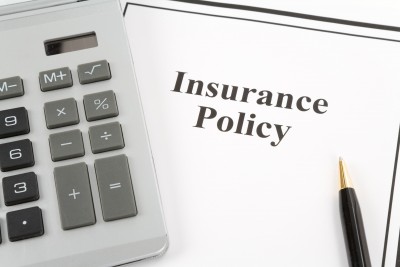 I recently received a letter from my insurer which set out in very plain text the need for me to fully consider the implications of the sum insured value that they had placed on my property.  My immediate reaction was that it was grossly inadequate and as such I immediately instructed a valuer to provide an insurance valuation on my property.

That insurance valuation is broken down into multiple parts including:

The value of your property will change

It will be important to revisit the sum insured on a regular basis.  It is my view that many residents in the Wellington, Lower Hutt, Upper Hutt and Kapiti regions are under-insured for their contents policies.  We accrue a substantial amount of assets during our lifetime and the cost of total replacement would be significant.  I have been an advocate for people reviewing their contents policy coverage to ensure that they have adequate coverage.

The introduction of the sum insured policy will require home owners to regularly review whether their level of cover is an accurate reflection of their property value.  Increasing the sum insured will increase the premium payable.  In the event that the increase in premium makes the policy unaffordable, the premium can be reduced by increasing the excess payable in the event of a claim.

It’s tempting – especially for first home buyers – to make the assumption that the insurer has got it right.  However, the data that the insurer is using to calculate the sum insured will in many cases be erroneous.  It’s crucial that each property owner gets a full valuation of their property to ensure that they have adequate cover.

Get in touch with HomeLegal

If you’re a first home buyer please contact us to find out everything you need to know during the purchase process.

Get our Moving House Guide

Simply leave your details below to get your copy of
Moving Home – a practical guide for buying and selling your home.